Food packaging and trays for schools

With new safety protocols in place for many schools, cafeterias are being closed and students will be served their meals in their classrooms. This poses new challenges for how to provide meals to students in this new environment. CiMa-Pak offers a turnkey solution for schools to work with these requirements.

The outstanding features of our systems are:
Choose the best school tray system for you:

Choose from dozens of trays included with these packages: 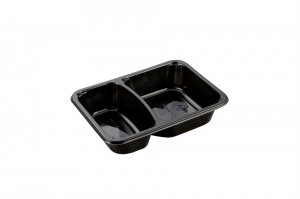 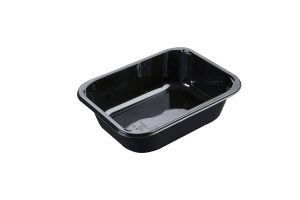 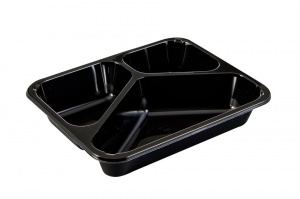 What are school lunch trays made of?

Lunch trays of the past were typically quite inexpensive and they only had one purpose which was to move the food from the serving area to the students' cafeteria table. There was no real handling involved. Today trays need to be more robust as they will be assembled in a central area and then distributed through the school - hot. Not unlike what you are seeing in the airline industry.

Can school lunch trays be recycled with other products?

All of our trays are Class 1 recyclable and, as an added benefit, are made from recycled PET (water bottles).

Can you microwave school lunch trays?

Do schools that use foam trays save money?

If they are saving money it is at the expense of the environment. When you switch to our CiMa-Pak CPET trays you will be saving the environment but also you will be improving the appearance of your meals. Remember, the First Bite is with your Eyes.

How can our school self-fund compostable trays?

Compostable trays present challenges for schools. As these trays are made from cellulose material they may be allergenic for some students. Also, schools would need to have access to the commercial composting (high heat required) that is needed to compost these trays. Our recyclable trays may be the best option.

How much do school trays cost?

Typically the tray will cost between $0.24 to $0.40 each depending on the annual order quantity and size of the tray. However, these trays are not to be confused with your typical school trays. They are a performance tray for a new environment.

Without a doubt, our 3 compartment trays have proven to be the most popular trays as a replacement in this new norm.

Get started on your complete food tray system for schools: